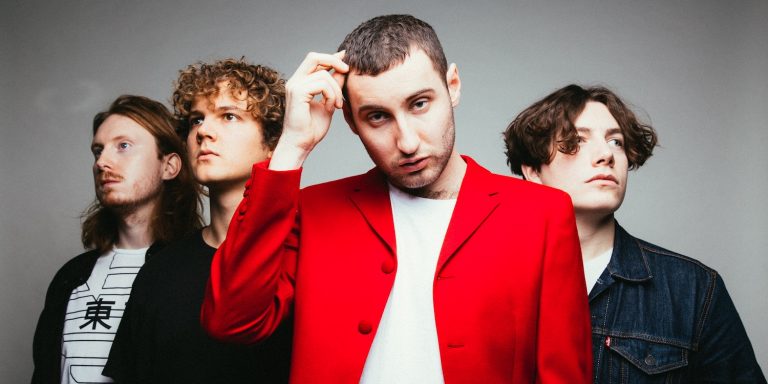 If you thought quality new guitar bands were dead, then listen to fast-rising UK band, Sea Girls. I’ve been following the four-piece since 2017 singles ‘Call Me Out’ and ‘Lost’ showed an exciting bundle of promise. The band’s core strength is creating soaring melodic, memorable hooks over an enthusiastic guitar base. They’ve enjoyed a meteoric rise in the last 12 months with a succession of impressive single and EP releases. Effervescent headline and festival shows have led to a merited inclusion to the BBC Sound Of poll amongst many other 2019 tips.

Sea Girls declared their intentions in early 2018 with the release of ‘Heavenly War’. The song tells a familiar tale of boy seeks girl that shifts musically midway into a stomping chorus complete with a hooky guitar riff. It works amazingly well in the car, so add to your driving playlist asap! Other single highlights include ‘Adored’, which reflects a slightly more subdued side to the band and ‘Eat Me Whole’ which is full on from the off with an immensely memorable chorus. Saving their best for last, ‘All I Want To Hear You Say’, their most recent single, is an irresistible track because it finds its peak early, packs a punch and retains the band’s trademark melodic qualities. Check it out on our playlist

A year ago, I saw them playing a sold out headline show at London’s Omeara. It proved to be an unexpected sweaty immersive sing-a-long experience. The band lit up the stage with a succession of chorus laden tracks with contagious enthusiasm from the audience. This ignited a wild side to the band that’s not immediately apparent on . One of the best gigs I saw all year. With a certain bright future for this talented band, keep your eyes peeled for an album announcement soon!

If you want to catch one of the UK’s best rising bands, don’t miss Sea Girls on tour in February and March.

We use cookies to ensure that we give you the best experience on our website. If you continue to use this site we will assume that you are happy with it.OK